Added descriptions to most of the amulets.

Added descriptions to most of the scrolls and removed some talents that didn't feel quite right.

Added descriptions to most of the rings as well as lots of minor changes in various pages. It certainly feels like working when you sit eight hours in front of a computer and come up with descriptions for a few rings...

Added some images in the amulets section.

Added descriptions to the curses that didn't have them.

Added descriptions to the spells that didn't have them. It's very likely that some of them will change either due to them just sucking, or being hard to implement, but for now, they can be my road signs as to what I have to consider while implementing the game.

Added some swords in the weapons section. Other than that, I've been spending a lot of time with some more rules and the combat system (I never would've believed, until now, that it is so damn slow to come up with new game mechanics). Hopefully, in a week or two, the mechanics are clear enough so that they can be properly implemented without having to rip them open too many times in the process.

I personally hate roguelikes that either force you to use some predefined buttons or allows you to change them in some text file using some strange syntax that only the creator of the game can figure out. That's why I decided to go for an in-game options menu where the keys can be set and saved on the server side.

The way that it works now is that the player can set up to three different keys to perform the same action so that it's easier to play with desktop and laptop computers without having to swap the keys when switching computers.

Time sure does fly when the temperature is too high to sit inside. Finally, after a month, I managed to turn the computer on and do something. I'm not exactly sure what to call it but it's supposed to be a golden wand with a ruby on the shaft.

Added some images in the rings section.

After a couple of weeks of doing literally nothing, I finally got myself up to do something and ended up finishing the loot window. I'm quite surprised how fast it is to use actually. While the player holds down the loot key (Alt by default) over a pile of items, the loot window pops up stealing focus and then the left and right keys (or mouse) can be used to shift the item focus instead of moving the player. When an item is focused it can be looted with the enter key if the player has enough space in his or her inventory. 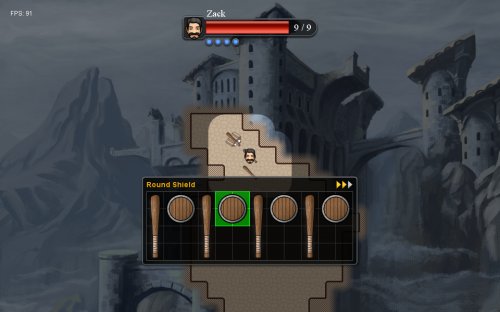 Added some images in the scrolls and potions sections.

This certainly has been a productive day. Eight hours of inkscaping and here's the result.

It's strange how you get a lot done when you have a full day of free time. It's even stranger that after fiddling day after day with them faces, I managed to come up with the helmet shapes and colors in just a few hours.

Below is a blow up of a female bandit wearing a studded leather helmet. It might also be a thief or a rogue or some other evil sounding individual who wants to relieve the player from his or her money and/or life. The rest of the helmet images can be found in the helmets section. 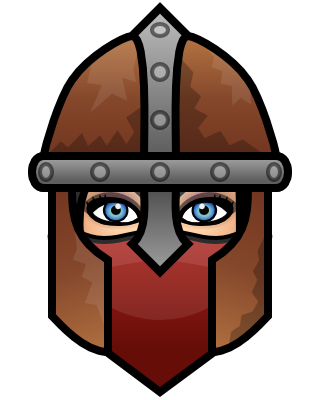 And here's an image of some of the faces the player may choose from when creating a female character. The number of variations is somewhat smaller than with the male faces due to the lack of beard but there's a few more eye brow, hair style and make up choices that should provide some variation.

Here's an image of the human male faces that the player may choose from when creating a male character. There's also a few other variables in addition to the ones shown, like eye color, skin color and hair color. 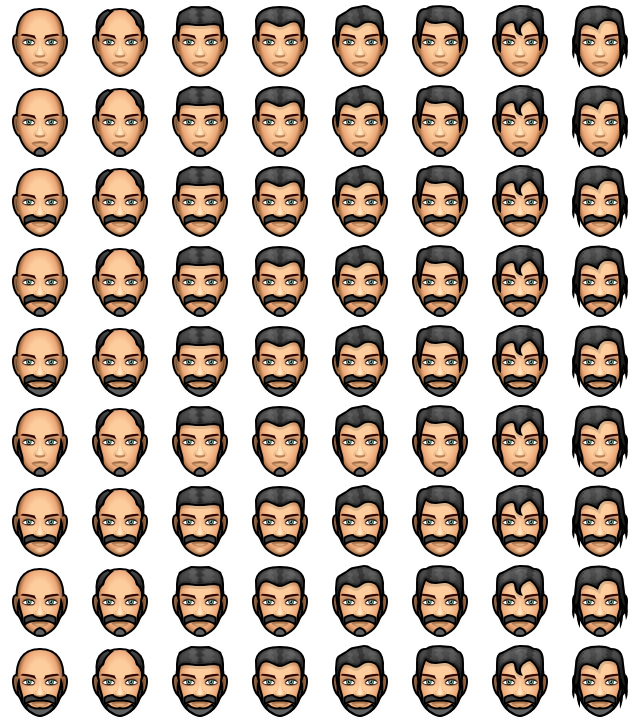 I'm not much of a graphics artist but fortunately I can use Inkscape enough to come up with some simple shapes and colors, which admittedly aren't very good, but they get the job done.

Anyway, enough with the self-flagellation, as here's a picture of the general quality of the items the game will have, unless some skilled graphics artist with a zillion hours of free time decides to make them better. 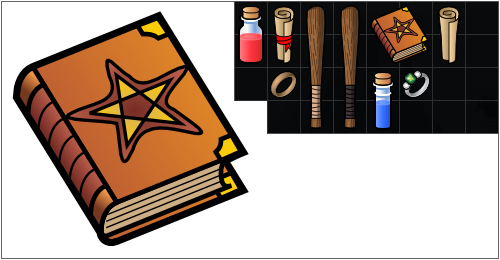 Here's a sad example what happens when a bald rogue attempts to open a door with his head.

At first things don't look all that bad, the door is locked and all it takes is a sharp kick to break it down. Okay, maybe the kick wasn't sharp enough but perhaps the next one will do the job.

A roll of 2 on 2D6 is always nice. What it means is that the action has critically failed and usually leads to D3 points of damage and other effects like confusion, when the test involves trivial tasks.

I've been busy fiddling with lighting and user interface stuff and here's a shot of the current progress. 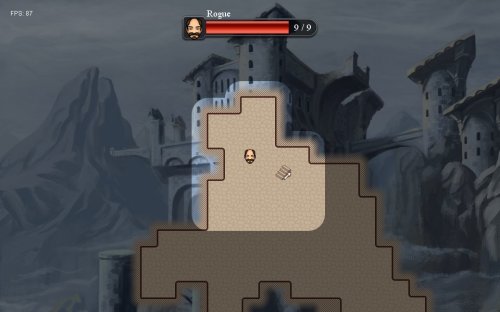 Finally got to do some mapping.

Here's a few shots of one of the dungeon generators planned for this game. The generator in question is supposed to create naturally formed caves and I'm fairly satisfied with the results.

Added some curses and updated a few other places.

As the title says, I managed to put some content in the About section that might help to get the picture why this website exists in the first place.

Another day and another site is born.